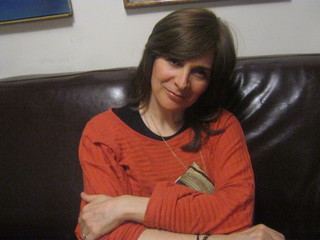 In the Courtyard of the Kabbalist 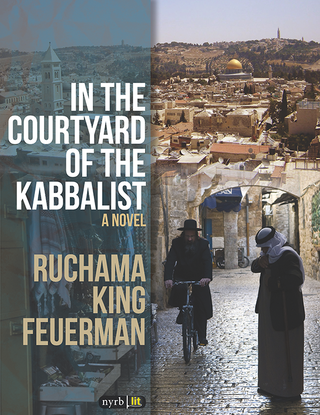 An eczema-riddled Lower East Side haberdasher, Isaac Markowitz, moves to Israel to repair his broken heart and becomes, much to his own surprise, the assistant to a famous old rabbi who daily dispenses wisdom (and soup) to the troubled souls who wash up in his courtyard. It is there that he meets the flame-haired Tamar, a newly religious young American hipster on a mission to live a spiritual life with a spiritual man. Into both of their lives comes Mustafa, a devout Muslim, deformed at birth, a janitor who works on the Temple Mount, holy to both Muslims and Jews. When Mustafa finds an ancient shard of pottery that may date back to the first temple, he brings it to Isaac in friendship. That gesture sets in motion a series of events that land Isaac in the company of Israel's worst criminal riff raff, put Mustafa in mortal danger, and Tamar trying to save them both.

As these characters - immigrants and natives; Muslim and Jewish; prophets and lost souls - move through their world, they are never sure if they will fall prey to the cruel tricks of luck or be sheltered by a higher power.

NAMED BY THE WALL STREET JOURNAL AS ONE OF THE BEST NOVELS IN 2013!

"I once met a great kabbalist and heard him laugh. We actually laughed together. For years afterward, whenever I needed a lift, I would remember the rebbe's laughter – our co-mingled laughter – and it sustained me. Sometimes I think I wrote In the Courtyard of the Kabbalist in order to relive that laughter."

Researching the novel led Ruchama to kabbalists, Israeli ex-convicts, Arab laborers, archeologists, Temple Mount police men, connoisseurs of Israeli prison slang, and soup kitchens, among other places. One of the most transformative experiences was her time spent at a Jewish funeral home in New Jersey where she observed a ritual purification for a scene she was writing. Afterward, she volunteered at the Hevra Kadisha burial society for three years. The story of her initiation appeared in the New York Times.

In the Courtyard of the Kabbalist was originally published by NYRB Lit as an e-book, and was its first novel to be followed up a paperback. While all of NYRB-Lit's books have received critical acclaim, In the Courtyard has received, says editor Sue Halpern in Bloom Magazine, “not only a bounty of reviews, it has gotten uniformly phenomenal reviews.” It was a finalist for the Jewish Book Awards, was named one of the Best Books of 2013 by the Wall Street Journal, and Jonathan Kirsch, in his review in The Jewish Journal, called Feuerman “a Jewish Graham Greene."